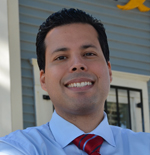 Jonathan Gracia attended The University of Texas at Austin – School of Law where he was the Editor-in-Chief for the Hispanic Journal of Law and Policy. He graduated law school in 2008 and is licensed to practice law in the State of Texas and in the United States District Court in the Southern District of Texas.
After graduating law school, Mr. Gracia was employed at the Cameron County District Attorney’s Office. He practiced for one year as a Misdemeanor Prosecutor …
Read More About Jonathan Gracia 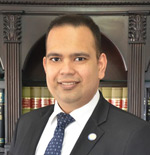 Noe G. Gonzalez-Rojo was born and raised in Mexico City. He attended the Faculty of Law at the National Autonomous University of Mexico (UNAM) where he earned his first law degree after defending his dissertation “The Autonomous Public Organisms in the Mexican State” in front of a panel of three law professors. While he was attending law school in Mexico he worked at the Mexican Federal Congress as an adviser of a Congressman from the Mexican State of Hidalgo.
Read More About Noe G. Gonzalez Rojo 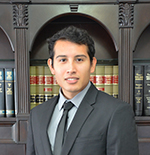 Jose Abarca joined The Gracia Law Firm in July of 2018 as the Lead Accountant. Jose graduated from the University of Texas Rio Grande Valley on December 2017 and earned a Bachelor of Arts in Business Administration, with a focus in Accounting.
Jose has 3 years working in retail and 3 1/2 years working in an office setting. At the Firm his primary duties include recording accounts payable & accounts receivable transactions…
Read More About Jose Abarca

Yanira Pena-Valdez joined The Gracia Law Firm in June 2017 as office manager and paralegal. Yanira is licensed as a Notary Public in the State of Texas and has eleven years of experience in the legal field. In the Law Firm she focuses primarily on criminal law and assists with all the aspects of the firm’s needs.
She works closely with the clients, starting with the initial interview during the hiring process until the disposal of the cases.
Read More About Yanira Pena Valdez 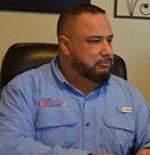 Ruben is our Office Manager and Paralegal for our firm. He received an Associates in Paralegal Studies from UTB/TSC in 2006, a Bachelor of Science in Applied Business Technology in 2010 and is a member of the State Bar of Texas Paralegal Division since 2006. Ruben is a licensed Notary Public in the State of Texas and has over 20 years of experience in the legal field, of which 12 years are in the area of Family Law.

Use this form to request your free consultation to have your case reviewed with one of our attorneys.