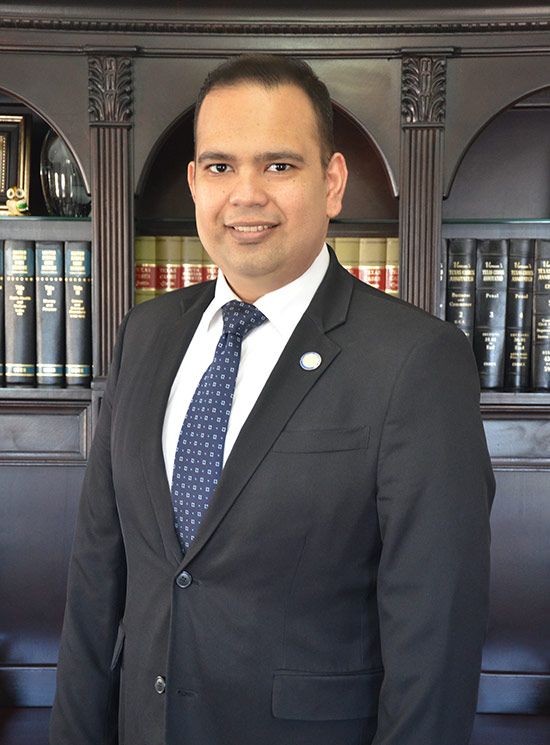 Noe G. Gonzalez-Rojo was born and raised in Mexico City, Mexico. He attended the Faculty of Law at the National Autonomous University of Mexico (UNAM) where he earned his first law degree after defending his dissertation “The Autonomous Public Organisms in the Mexican State” in front of a panel of three law professors. While he was attending law school in Mexico he worked at the Mexican Federal Congress as an adviser of a Congressman from the State of Hidalgo. Once Mr. Gonzalez obtained his license to practice law in Mexico, he practiced Mexican Criminal Law (Amparo) at a prominent law firm in Mexico City.

Thereafter, Mr. Gonzalez moved to Brownsville, Texas, where he earned a bachelor’s degree from the University of Texas at Brownsville. Subsequently, he was accepted in the Juris Doctor program at University of North Texas Dallas, College of Law from which he graduated in May of 2019. Mr. Gonzalez participated in several legal clinics defending the unprivileged residents of the City of Dallas.

Currently Mr. Gonzalez returned to the Rio Grande Valley and he is the Senior Associate Attorney at The Gracia Law Firm.